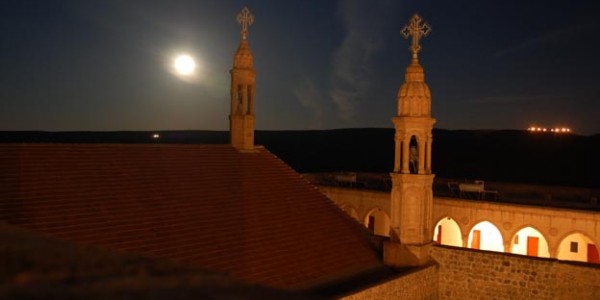 Does the Mor Gabriel monastery play a significant role for you? If so, assist us in keeping it for future generations and participate in the Enschede Marathon on the 26th of April 2009.

It looks like the Assyrian genocide of 1914-1915 in Turkey is being continued in other ways. The Turkish state presently is attempting to confiscate the lands, on which the ancient Mor Gabriel monastery is built on. The monastery is involved in several court cases that threaten its survival. Such a monastery has played a great role in the Syriac-Orthodox church and needs to continue to play for future generation.

The Enschede Marathon has been titled: Hands off Mor Gabriel!