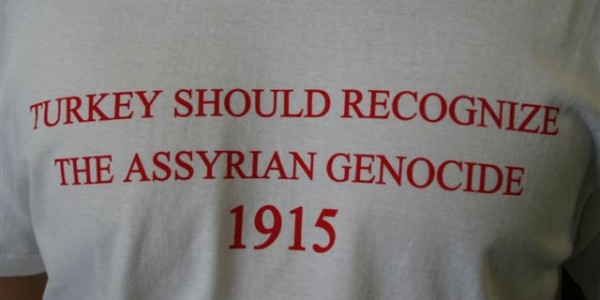 On the morning of 22nd of April, and in an atmosphere full of defiance and conscious Assyrian youth, Sabri Atman gave a brief speech and prepared the 92 youths on the difficulty of running a marathon for the full recognition of Seyfo: the Assyrian genocide.

Atman drew the parallel of running this marathon with the ongoing battle for Seyfo’s international recognition. He said both are difficult and full of pains and perils but we, the children of the Seyfo victims, have now begun our marathon and have no means of returning back, and are fully resolved to reach the finishing line; we will not settle for anything less than Turkey’s official recognition of the crimes of Seyfo.

All the participating youths successfully completed the marathon and they were cheered and supported by a substantial number of Assyrian spectators who cheered and encouraged the youth to finish the marathon.

The Assyrian participation in this annual marathon was organized primarily by Seyfo Centre, The Assyrian Youth Federation of Netherlands, and supported by Firodil Institute. Various media outlets were also present at the event.