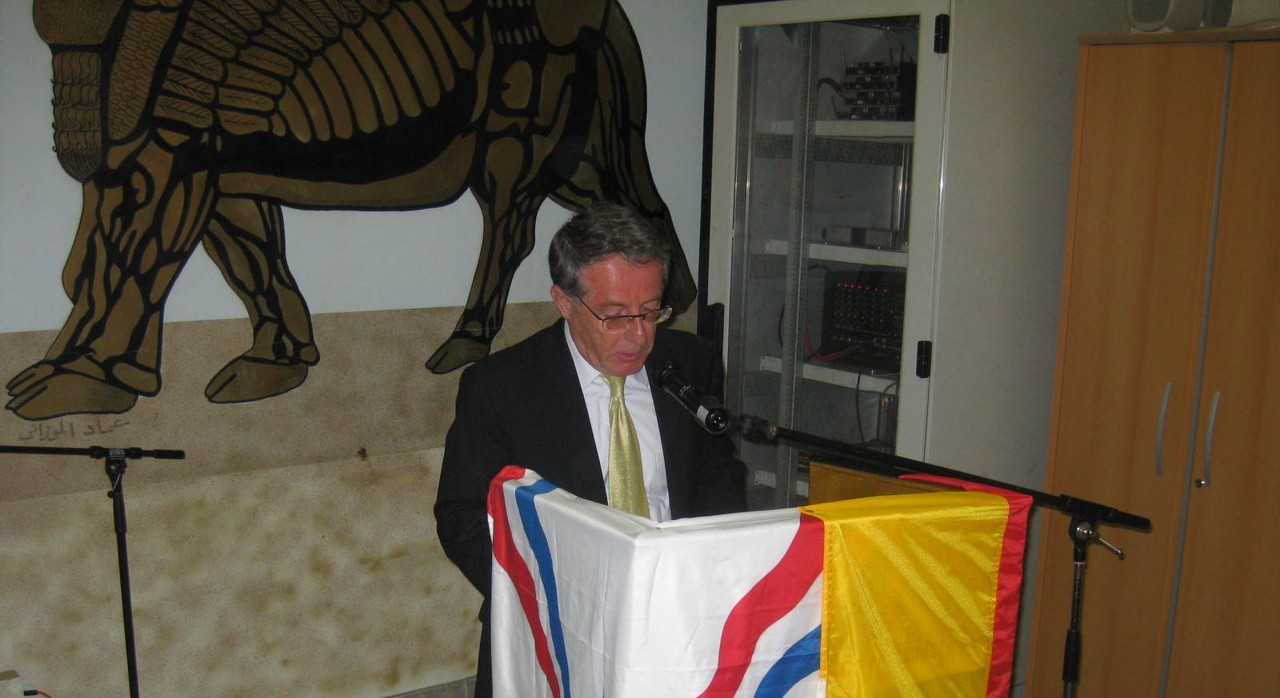 I much appreciated Nuri Kino’s guest editorial appearing in the May 6, 2006 issue of Zinda Magazine, and his perceptive comments about Kurdish selective amnesia. Nuri draws from personal encounters in Sweden (where he currently lives), and other exchanges in the course of his travels to Hasno Kifo (Hasankeyf, in Tur Abdin) the home of his ancestors.

One could view these fleeting portrayals as interesting anecdotes to be relegated to the filing drawer. But to do so would be a mistake. Mr. Kino’s observations, illustrated by the comments of Kurdish figures (both in Sweden and in eastern Turkey), are a sad reminder of the centuries-long intransigent mindset of many Kurds towards their neighbors, such as the Assyrians (also known as Syriacs or Chaldeans).

Assyrians in Hasno Kifo were indeed among the first wave to be annihilated in the Western region of Tur Abdin during the 1915 Genocide. Before the sword fell on them, they witnessed the horror of the killings of the Christians in Diyarbekir and other cities of the region. Gallo Shabo, whose report is soon to be published among other eyewitness reports by Jan Beth Sawoce of Nsibin Publishing, was a prominent Assyrian figure and fighter during 1915 in Tur Abdin. He relays us the following first-hand account obtained from eyewitnesses:

“While we were sitting on the banks of the river Tigris, we witnessed how groups of respectable figures were transported by small boats. One of the guards accompanying the groups was seen taking the gold, the money and even the clothes of the doomed men before he and the others shot them dead. The guard was called ´Amar [Omar] son to ´Ali Rammo [Kurdish tribe leader] and Perikhane [his mother]. This ignoble guard did not have any scruples whatsoever robbing and killing the Christians.”

“The corpses were disposed of in the river Tigris. The Christians in Hasno Kefo [Hasankeyf] saw the corpses floating on the surface of the river and began to fear for their safety. In spite of all these atrocities the Christians could not believe that genocide would occur on that large scale. There was a kind of tacit belief that these atrocities were directed to some categories of Christians. But the renewed killings indicated that the Turks were aiming at getting rid of all the Christians. The Kurds were a willing ally to the Turks in their despicable pursuits.”

Other reports indicate that after the Kurds killed the Christians of Hasno Kifo in 1915 – apparently including among them the relatives of Nuri Kino – the Mukhtar of the village and his men lusted for still more Christian blood. Led by the Mukhtar, they answered further Jihad calls and moved on to participate in the siege of ‘Iwardo near Midyat a few months later. From an elevated position the Mukhtar was able to shoot at and kill more Christians, until a commando of three Assyrian men went after him and killed him. One of the three men was Musa Qashro (Abraham) – the Grandfather of my mother.

Nuri Kino’s description of Baksi Kurdo seems to fit the stereotype of many Kurdish intellectuals. In Sweden, his current home, Mr. Kurdo seems to present himself as someone highly committed to Western-style democracy, and one who treasures human rights. But on closer scrutiny, his comments offer a different picture. One has to conclude that Mr. Kurdo is either an uneducated person or, more likely, someone hopelessly afflicted with the virus of extreme nationalism. Nuri Kino’s essay is well-presented, but the facts he recounts are by no means unique. I believe that many Assyrians in Europe and elsewhere can attest to similar encounters such as those Mr. Kino has shared with us. In over three decades of activism representing and speaking for Assyrian organizations in Central Europe, personally I had the sad opportunity of many such encounters.

In October 2005 the Institute of Oriental Studies of the University of Potznan/Poland organized an international academic conference on “Non-Moslem Minorities of Iraq: History, Culture, Problems of Survival”. Some of the scholarly presentations during this two-day conference concerned the ChaldoAssyrians. In one presentation, a PhD student from the University referred to the role of the Kurds in the Semile Massacre of August 1933. Another speaker addressed current human right violations by Kurds in eastern Turkey and Iraq. I spoke myself on the current situation of ChaldoAssyrians (“ChaldoAssyrians in Post-Saddam Iraq – Between Hope and Fear”), making it a point to discuss the fraudulent actions of Kurds in the recent elections in Iraq, while pointing to the problem of the occupied Assyrian villages in North Iraq.

The reaction of some of the Kurdish attendees at the conference was regrettable, though not surprising. The bill of particulars aimed at Kurdish mistreatment of minorities in their midst certainly raise doubt on the general image of the Kurds as innocent angels who have done no harm to others, and who invoke a virtual monopoly on the role of the most victimized people in the Middle East. While showing no sign of apology or remorse, these Kurdish attendees started attacking the speakers and the organizers of the conference, questioning sources of the presenters in an aggressive partisan style rather than in a scholarly dispute.

Extreme nationalism undermines the very pluralism and the diversity that ought to be prized at all strata of Middle Eastern society – whether cities, communities, or states. The ills of extreme nationalism exist today in various corners of the globe, but they certainly exist in extreme form in Turkey and Iraq. In both of these countries, the Kurds are not only victims, but they are also a serious part of the problem. According to Rolf Ekeus, the former High Commissioner of OSCE, “extreme nationalism arises when the ‘fetish’ of nation overtakes all other considerations…such nationalistic narcissism too often spawns chauvinistic policies that provoke fear and hatred in others”.

It is apparent that Kurdish nationalism became more virulent in the face of extreme Turkish chauvinism which, until recent times, denied the very existence of non-Turkish people in Anatolia (for example, referring to Kurds as “mountain Turks”). In more ways than one, we see Kurdish nationalism adapting characteristics similar to those of the monster it was combating (for example, referring to them as Christians only or even ‘Kurdish Christians’). It can even be argued that unlike the Turks, Kurdish society appears more receptive to intolerant Islamic concepts. The emergence of Kurdish nationalism has negatively impacted the Assyrians in a similar way as Kurds felt under Turks and Arabs. In other words, the existence of Assyrians is threatened, their basic rights are trivialized or denied, their land is grabbed or occupied, and their history is falsified.

Kurdish intellectuals consciously or unconsciously repeat misstatements for which they were criticizing Turkish, Iraqi, and Persian intellectuals since the 1970s. The latter were very internationalist, though ignorant of the minorities in their backyard. From an Assyrian perspective Kurdish intellectuals behave in the same way today. Manifestation of chauvinism among the Kurdish intelligentsia (particularly in Turkey) is very much linked to the problem of denial of the Kurds’ role in the Genocide of 1915, side by side with the Ottoman State. The Kurds lament Turkey’s failure to acknowledge the Genocide, while at the same time the Kurds themselves are consistent deniers of the Kurdish role in the same bloodshed. In other words, a classic case of the pot calling the kettle black.

The Kurds should stop denying their role in the perpetration of the 1915 genocide. Moreover, today’s Kurdish intellectuals reveal appalling insensitivity concerning the continued discrimination towards minorities such as Assyrians, repeated violations of minority rights in Kurdish populated areas of Turkey and Iraq. We can only hope that one day soon they will confront their conscience.