The caskets of the five Assyrians who drowned off the coast of Greece, attempting to flee Syria (photo: https://fbcdn-sphotos-f-a.akamaihd.net).
(AINA) — On Thursday, March 21 a newsflash arrived: Seven migrants, including two children, lost their lives on Tuesday when their boat capsized in the Aegean Sea, according to Greek maritime officials. Another two persons are missing after the accident which took place outside the island Lesbos. Weiterlesen →

Mor Dolabani was ordained bishop for Mardin and the surrounding areas on 4 May 1947 in Homs, Syria. The bishop is seen here upon arriving in Aleppo after his ordination and is received by the people while the Assyrian scouts play in the background. A new book published in Sweden reveals the intense love of this bishop of the Syriac Orthodox Church for his Assyrian nation and people. Weiterlesen → 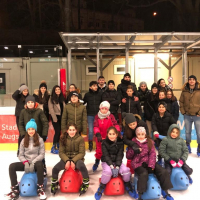 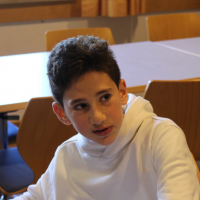 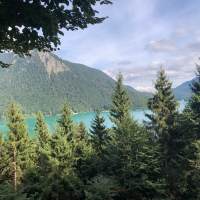 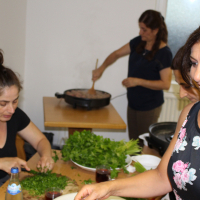