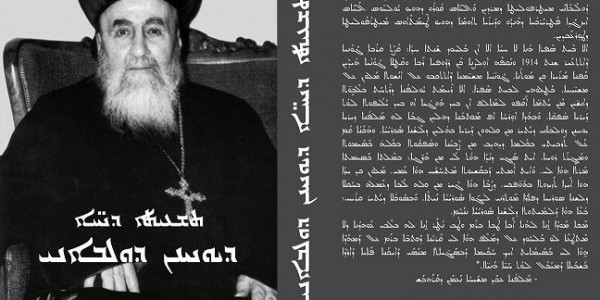 Mor Dolabani was ordained bishop for Mardin and the surrounding areas on 4 May 1947 in Homs, Syria. The bishop is seen here upon arriving in Aleppo after his ordination and is received by the people while the Assyrian scouts play in the background. A new book published in Sweden reveals the intense love of this bishop of the Syriac Orthodox Church for his Assyrian nation and people.

There can only be few Assyrians today that have not yet heard of Bishop Filoksinos Yuhanon Dolabani. The stories about him have traveled from mouth to mouth and from one generation to another. We remember him today as a true church leader with great love for his people. Access to his writings has been almost impossible for the average person. But now, 38 years after his death, his writings are finally available in a newly published book.

During most of his life Bishop Yuhanon Dolabani kept a diary of the occurrences of his time and his own experiences. His autobiography which constitutes the basic ingredient of the new book was released in Sweden in March.

„The idea of publishing the memoirs of Dolabani was presented by the Assyrian intellectual, Abrohom Nuro, in Aleppo to Mr. Eliyo Dere, editor in chief of Hujådå Magazine’s Assyrian section,“ says Tomas Isik, the person most involved in the preparation of the manuscript.

When Mr. Eliyo Dere heard about the yet unpublished writings of Dolabani he began to look for support from the Assyrian Youth Federation of Sweden (AUF) in order to get the project going. AUF liked the idea immediately and the compilation of the writings of Dolabani commenced in 2003.

„That’s when I became involved with the project,“ explains Tomas Isik.

The work of collecting the material for the book eventually led to the Saffron Monastery (Dayro d-Kurkmo) in Mardin, Abrohom Nuro’s private library in Aleppo, and to the archives of the Syriac Orthodox Church in Jerusalem, where Dolabani had worked many times.

„The search revealed that there were more writings than just the diary of Dolabani,“ Isik tells. „For example we discovered many highly interesting letters written by Dolabani that we didn’t know of. The letters are written by Dolabani, his colleagues, friends and pupils,“ Isik reveals.

Much of what has been discovered describes the situation of the Assyrians in Anatolia the years before, during and after the Seyfo Genocide in 1915. The content of the letters shed light on a period of persecution and terrible massacres that were directed against the Assyrians in that time, thus helping fill a gap in the history of the Assyrians. 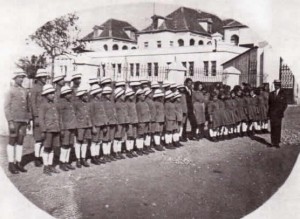 Orphaned Assyrian children who survived the Seyfo genocide and ended up in the city of Adana were taken care of in the Assyrian school and orphanage of „Taw Mim Semkath“, which originally had the name Beth Yatme d-Othuroye b-Qiliqiya. In French the orphanage was named Ecole assyrienne d’Adana. The picture is taken in October 1922 when the school was closed by the Turkish authorities and transferred to Beirut, Lebanon where the school still is running.

The autobiography and the writings that are included in the book increase our knowledge of Dolabani’s own thoughts and ideas. They increase our understanding of Dolabani as a person, his opinions and his stand on different questions. The book clearly shows what Dolabani thought of himself. Those who lived with him and those who knew him very well tell us about how much Dolabani loved his people, that the patriotism glowing from him infected those around him.

The newly discovered poems and songs authored by Dolabani are his praises for the history of the Assyrians, their culture, their struggle for survival and about his beloved homeland, Assyria. Poems like Othur (Assyria), Neshono d-Othur (The Glory of Assyria), Yolufotho d-Othuroye b-Qiliqiya (The Students of the Assyrians in Cilicia) can make one forget about the troubles of every day life and mind-travel home to the land between the rivers of Euphrates and Tigris, visit churches and monasteries in Nineveh and Tur-Abdin and breathe the fresh air of our native country – Assyria.

The Assyrian youth, or „layme othuroye“, as Dolabani calls them are mentioned in many of the poems. Dolabani stood close to the Assyrian youth from the days he became responsible for the teaching in the Assyrian school for orphaned children in Adana, named after three Assyrian letters as “The Taw- Mim-Semkath School”. It was also at „The Taw Mim Semkath School“ that Dolabani composed most of his poems. After the Seyfo Genocide in 1915 and the following persecutions of the Assyrians the Syriac Orthodox Church was forced to close the orphanage in Adana. But Dolabani later succeeded in re-opening „The Taw Mim Semkath School“ in Beirut in 1922, making it a great success for the orphans.

The story about the Taw Mim Semkath School, written by Dolabani himself, has its own place in the new book.

„All in all there are 7 different parts in the book totaling some 400 pages, of which Dolabani’s autobiography constitute the main portion,“ Isik explains.

The names of the other parts of the book are “Conversation of the Chiefs”, “Poems and Songs”, “The Assyrians of Cilicia”, “Correspondence”, “Poems and other writings about Dolabani” and “Dolabani’s books and literary works”. The entire book is written in the original Assyrian language, which few today master fully. But much time and work have been invested in the language in order to get the book as readable as possible.

„Much work has been done to vocalize the handwritten texts of Dolabani,“ says Isik.

It’s done in order to have the message reach as many as possible. There are no plans to translate the book into other languages, but it is definitely not impossible.

„To translate the book to Swedish, English or German is not a problem in itself,“ says Isik. All that is required is strong financial support. For now we must rely on home language teachers, priests and others fluent in the Assyrian language to spread the knowledge about Dolabani to as many Assyrians as possible.

Filuksinos Yuhanon Dolabani, born in 1885, has his origins in the outskirts of the Assyrian village Qeleth in Tur-Abdin. He became a monk at the Monastery of Dayro d-Kurkmo at the age of 22. In 1933 the monk Yuhanon Dolabani was appointed by the new patriarch Afrem Barsom I to be the patriarchal deputy for Mardin and the environs. Dolabani was later, in 1947, ordained bishop for Mardin. He came to be regarded as a great man among Assyrians, both as an enlightened church father and as the confronter of the hostile Turkish authorities. It is said that at his funeral in 1969 was attended, in addition to a large part of the Syriac Orthodox leadership, over 4000 mourning Assyrians.

Today, Assyrians originating from Qeleth feel proud that Yuhanon Dolabani has his origins close to their village. Qeleth is today, as many other Assyrian villages and cities, emptied of its Assyrian population. But in Swedish cities like Lidköping, Skövde, Nässjö and Märsta there live thousands of Assyrians originally from Qeleth. They still remember the greatness of Dolabani and gladly name their sons „Yuhanon“ or the shortened form „Hanna“, after Bishop Yuhanon Dolabani. The heritage of Yuhanon Dolabani is for all Assyrian people and the treasures he left for us to manage are irreplaceable. Until today we have remembered him primarily through the stories of others. At last there is a possibility to personally understand Dolabani. For those Assyrians who faithfully stand by their cultural heritage this is an opportunity not to be lost. 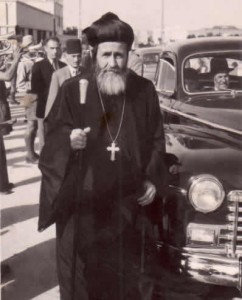 The Assyrian Youth Federation and the Assyrian Federation in Sweden in March 2007 published the book entitled „The Biography of Yuhanon Dolabani and Other Writings.“

The late Bishop Filoksinos Yuhanon Dolabani (1885-1969), Syriac Orthodox Bishop of Mardin, was an outstanding scholar and poet, and perhaps the most productive among all his contemporary Assyrian writers.

The book consists of different writings of Bishop Dolabani (except for parts of sections 5 and the entire section 7), selected and compiled here. The entire book is in the Assyrian language (also called Classical Syriac, in Serto script), except for one of his writings on the Assyrians of Cilicia, which is in Ottoman Turkish.

Following is a brief description of each of the book’s seven parts:

Part 1: The Story of Yuhanon Dolabani’s Life is the author’s autobiography, and constitutes the main portion of this book. The publication is made from a copy of a manuscript in his own handwriting, currently in the possession of Rev. Gabriel Aydin in Sweden.

This book gives us a good insight into the history, condition and lives of the Assyrians belonging to the Syriac Orthodox Church and to other Oriental Churches from the late 19th century until the middle of the 20th century, of which there is a great lack of knowledge. The publication of this book helps to bridge this gap.

Part 2: The Conversation of the Chiefs is a conversation between the late Patriarch Mor Ignatius Elias III and bishop Mor Diyonosius Gewargis from India, which took place in the Dayr al-Za’faran Monastery near Mardin, south-east Turkey.

Part 3: Poems and songs, is a collection of Dolabani’s poems and songs, not of religious character, presently available to us. Much of this collection was written during his time as a teacher at the Assyrian orphanage in Adana. The poems deal mostly with Assyrian nationalism, culture and language.

Part 5: Correspondence. Bishop Dolabani has left us a large number of letters. A few of them are published here in order to show the range of topics he discussed with his colleagues, friends and the disciples.

Part 6: Poems and Other writings, is a selective collection of writings about Bishop Dolabani.

Part 7: His books and Literary Works, is a bibliography of all of Dolabani’s literary works, which amount to approximately 100 books in total.

The book is edited by Eliyo Dere and Tomas Isik.

You can order your copy of this book from the following address:

E-mail to: kansliet@hujada.com. Purchase price of the book is 250 Swedish Kroners, approx. $US 36.00. Contact the Assyrian Federation for more detail on price and shipping & handling charges.