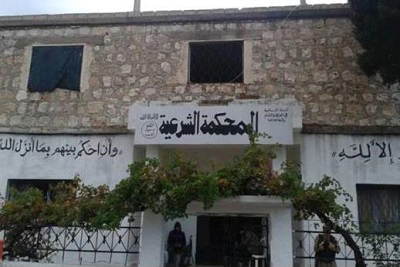 A couple of days after she fled Syria for Turkey, a colleague sent me a message. "Dear Nuri, this is a court that the extremists established in my city, Lattakia, in the (Syrian) village of Kansabba. This Islamic court issues the law according to the extremists' religion. It started today. They are forcing everyone to adopt their fundamentalist Islamic laws. See the picture."

Now she is waiting for smugglers to take her to Sweden.

The same day she sent me the message, fighting intensified between rival Syrian opposition factions and 12 Islamic groups that had left the Free Syrian Army. That fact scared all non-Muslims.

As well it should. I opened my Facebook account, and saw that a friend, Nicholas Al-Jeloo, had posted news about the Sept. 21 murder in Tabqa, in Syria’s al-Raqqah province, of a 26-year-old Assyrian man named Ninar Odisho.

I picked up the phone and called Al-Jeloo. He’s an Australian-born Assyrian with a Ph.D. in modern Assyrian Studies. He has visited the Middle East since 2002 for fieldwork and research among indigenous Assyrians. He has been to Syria many times to connect with extended family members in the Jazirah, an island between two rivers in northern Syria, and in al-Raqqah province.