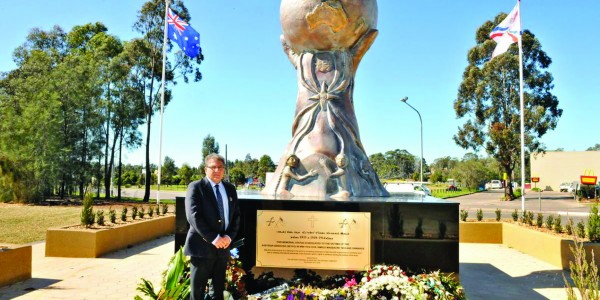 The expatriate Syriac Christian community in Europe has rolled into action to create greater public awareness of the alleged Syriac genocide of 1915 with plans to erect a genocide memorial in the Armenian capital of Yerevan in April.

„The memorial is to open on April 24 in the Armenian capital of Yerevan“ says Sabri Atman, the founder of the Germany-based Assyrian Genocide Research Center.

“We sent a letter bearing the signatures of 36 institutions and 22 renowned genocide scholars to [all] party representatives, and primarily to Armenian President Serj Sarkisyan, for Armenia to officially recognize the genocide,” Mr. Atman told the Hürriyet Daily News.

Armenia has left a gap open by ignoring the “Seyfo” (“Syriac genocide”) until this day, Atman said, adding the genocide memorial in Yerevan would be erected in April.

“Our people took a massive blow with the genocide. They lost their intellectuals and were left merely with their religious identity. They faced relentless [policies] of assimilation in Middle Eastern countries where they were scattered across from Anatolia. We have contacts underway with many countries. We are going to raise our voice even louder in the coming years,” Atman added.

The Assyrian Genocide Research Center is conducting joint work with the Genocide Museum – Institute in Yerevan, he said. “The 100th anniversary of the 1915 genocide is approaching. We have already kicked off our preparations.”

Meanwhile, Atman also penned another letter to Osman Baydemir, the mayor of Turkey’s southeastern province of Diyarbakır, requesting a genocide memorial to be erected in that city as well.

“Armenians, Assyrians, Anatolian Greeks and the Yezidi were massacred during the genocide of 1915 with the participation and backing of reactionary Kurdish tribes. The Turkish Republic was established over this massacre,” Atman told Baydemir in his letter. Calling Baydemir a friend of the Syriac people and other communities subjected to genocide, Atman said the erection of a genocide memorial to be visited every year.