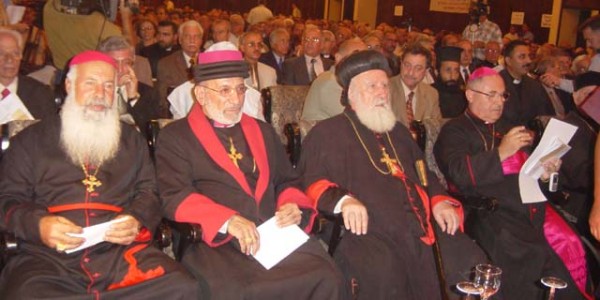 The Chaldean Syriac Assyrian General Conference was held in Baghdad in the period of 22-24 October, 2003 under the motto of “Our Unity and Our National and Patriotic Rights in Iraq”. The Conference was held under the patronage of Dr. Ayad Alawi, the rotating interim President of the Iraqi Governing Council, with the presence of Mr. Younadam Kanna the representative of our people in the Iraqi Governing Council and the representative for Mr. Paul Bremer, Head of Civil Administration in Iraq as well as representatives of various national Iraqi parties. The Conference was also attended by representatives our people’s political parties and organizations and its religious, civic and cultural institutions throughout Iraq. Delegates from Syria, Lebanon, Iran, and the Diaspora (Europe, United States, Canada, Australia, and New Zealand) were also in attendance.

The Conference convened under circumstances when all Iraqi people are looking forward to a new era and dawn after the demise of the previous regime as well as an era during which freedom and democracy are prevalent, human dignity is safeguarded, and the sovereignty and independence of Iraq are preserved. The Conference represents a historic and important stage long-awaited by our people, an urgent need necessitated by many overdue rights and privileges on the path to secure our people’s identity and the continuous national and civlizational existence on their ancestral native homeland. This existence extends over several millennia beginning with Sumer, Akkad, Babylon, and Ashur where the first laws were formulated and rules and regulations were instituted. Our people continued their services to humanity with their adoption of Christianity until this very day. 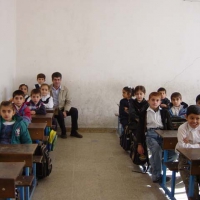 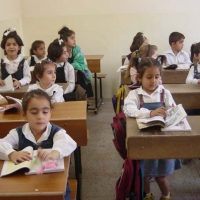 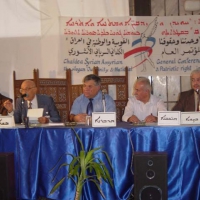 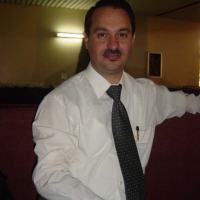 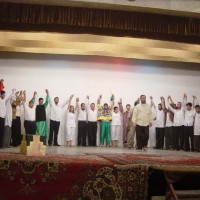 For three days, the participants debated the Conference’s agenda and its primary items. Many valuable studies and researches were presented, which addressed the Iraqi patriotic and national causes and the specific cause of our people. After thorough deliberations and discussions, the Conference affirmed certain principles and foundations:

-The Conference stressed the Unity of Iraq. It called upon the international community and the neighboring states to support and help Iraq consolidate its security and stability and recover its independence and national sovereignty which are needed to take Iraq back to its normal place where it can play its role and build relations based on common interest and mutual respect with all of its neighbors and return to the international community.

-The Conference stressed the establishment of a federal, pluralistic, and democratic system of government. This system shall affirm the principles of governance in peace and the separation of authorities; a system that honors international treaties and agreements, prescribes to human rights and institutes the rights of all national, ethnic and religious groups that constitute the Iraq people.

-The Conference stressed the Unity of our people regardless of all the appellations currently in circulation as Chaldean Syriac Assyrian since they are names for one entity that we revere and are proud of. The appellations serve as evidence to our historic and civilizational depth into ancient times and reflect various historic periods that diversified our peoples‘ roots and affiliation to this land– an affiliation that is still extant. And due to the pressing need imposed by the critical situation that our people and cause are going through, the Conference highlighted the importance of concurrence on one unified national appellation that is consistent with our situation in Iraq. The participants agreed on appellation of ‘Chaldoassyrian’ to designate our people and the appellation ‘Syriac’ to designate our language and culture, to be incorporated in the constitution. The Conference stressed that the Iraqi permanent constitution shall include reference to the existence of the Chaldoassyrians as an indigenous nationality (people) on a par with the rest of the Iraqi ethnic nationalities and coexist with them in the country according to the principles of partnership, which will guarantee the Chaldoassyrians the ability to practice their ethnic, political, administrative, and cultural rights and their privilege to be represented and nominated in the legislative, administrative, and judicial branches of government.

-The Conference stressed the need to designate an administrative region for our people in the Nineveh plain with the participation of other ethnic and religious groups, where a special law will be established for self-administration and the assurance of administrative, political, cultural rights in towns and villages throughout Iraq where our people reside.

-The Conference stressed the issuance of legislations that redress the injustices that have befallen our people and the removal all remnants of policies that altered the demographic structure of several regions that belonged to our people. 1957 Census and earlier should be used as benchmarks.

-The Conference demanded the reaffirmation of the rights of our people who migrated or were forced into migration to return to Iraq. In this regard, the Conference values the decision of the Iraqi Governing Council for issuance of the new citizenship law.

-The Conference stresses the role of the Chaldoassyrian women through exercising their full rights and their participation in all aspects of life. The Conference calls upon our people in Iraq and Diaspora to observe and practice their national and ethnic responsibilities in the rebuilding and the advancement of Iraq. Additionally, the Conference calls for the continuation of the dialogue with the rest of the organizations and institutions that did not have the opportunity to attend the Conference, for whatever reason, to stand united in serving our cause. The Conference concluded its sessions by establishing a general secretariat, which will follow up and implement the Conference’s recommendations and resolutions through the committees that evolved throughout the Conference.