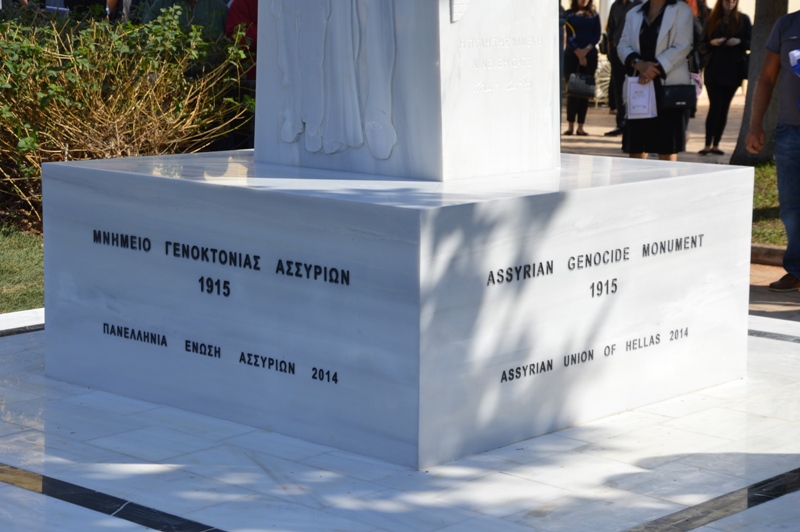 Athens, Greece (AINA) -- An Assyrian genocide monument was erected yesterday in Athens, Greece, where 8,000 Assyrians live. The monument is a memorial for the Assyrian victims of the Turkish genocide of Christians in World War One, which claimed 750,000 Assyrians (75%), 1.5 million Armenians and 500,000 Pontic Greeks.

Four hundred people, Assyrians, Greeks and Armenians, attended the unveiling, including representative from the Armenian Embassy. The current and former mayor of Athens formally dedicated the monument.

The president of the Assyrian Union of Greece, Kyriakos Betsaras, opened the ceremony. The Director of the Assyrian Genocide Research Center, Sabri Atman, and the former Mayor of Egaleo were the keynote speakers.

Assyrians, Armenians and Greeks cooperate on the issue of the Turkish genocide. In 2010 a conference was held in the Greek Parliament and was titled Three genocides, One Strategy. The discussion to erect the monument began over three years ago with the previous mayor of Egaleo. It was a little over a year ago when the municipal council accepted the Assyrian Union of Greece’s request for a monument to commemorate the victims of the Assyrian Genocide.

Four years ago I made a trip to this beautiful country.

We became united in solidarity to show the world where we stand on remembering those lost in the Genocide. Today we stand here proud as we see a monument built in remembrance of the victims of the Assyrian Genocide. 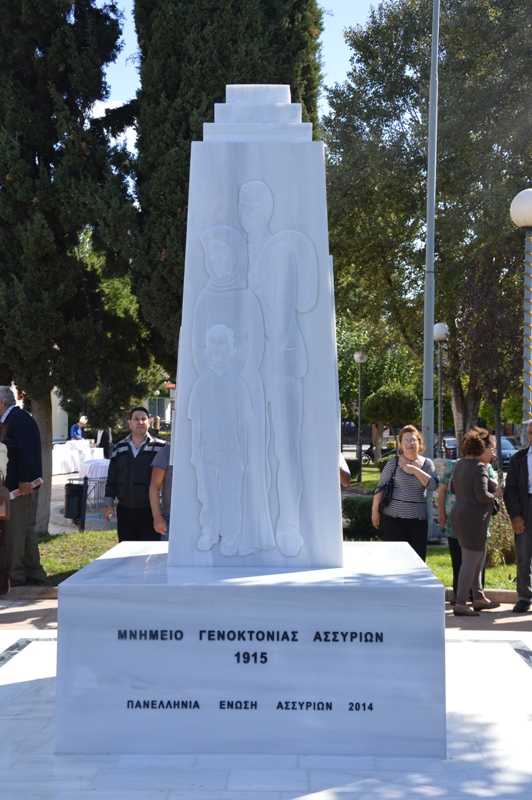 First and foremost, on behalf of the Assyrian Genocide, Seyfo Center and the Assyrian Federation in Germany, I would like to express my deepest gratitude to the Greek people and authorities in making this dream a reality. At the same time, I wish to congratulate the Assyrian community and organizations in Greece on your success with the erection of this beautiful memorial dedicated to the memory of the victims of the Assyrian Genocide.

In recent years, Assyrians have been working diligently towards greater public awareness and worldwide recognition of the Assyrian Genocide. The Genocide committed against the Assyrian people by the Ottoman Empire and other genocides, including the 1933 Simmele Massacre in Northern Iraq, are historical realities that have affected the lives of every Assyrian family. The ethnic extermination of hundreds of thousands of our people and the destruction of our lands forever changed the demographics of the area we called home for thousands of years. We Assyrians standing here today are the children of a nation which was almost completely eliminated from the face of the earth.

The perpetrators of the Genocide thought they had succeeded in exterminating us; however my dear friends, the good news is, they were mistaken! The spirit of the martyrs of Semele, Urmia, Hakkari, Soreya, Al-Anfal, Van, Tur Abdin, Omid, Arbo, and Assyria are amongst us today. They have not been and shall never be forgotten, because today, history is being re-written here in Athens.

I have had the great privilege of being able to travel throughout the world and attend events like this, where Assyrian Genocide Monuments were erected. I’m also proud to stand in front of you today knowing that over 20 countries have officially recognized the Armenian Genocide. It is my hope that in the future, countries will continue to follow in this pattern, and will also include the recognition of Assyrians and Greeks as victims of the same Genocide

In closing I would like to say that we must continue to demand that Turkey and all nations around the world recognize this historical reality.

We will never forget the Assyrian, Armenian and Greek Genocides. Three Genocides, One Strategy, One Voice, One Recognition, One Healing. Once again, I thank you for giving me the opportunity to visit your beautiful country. 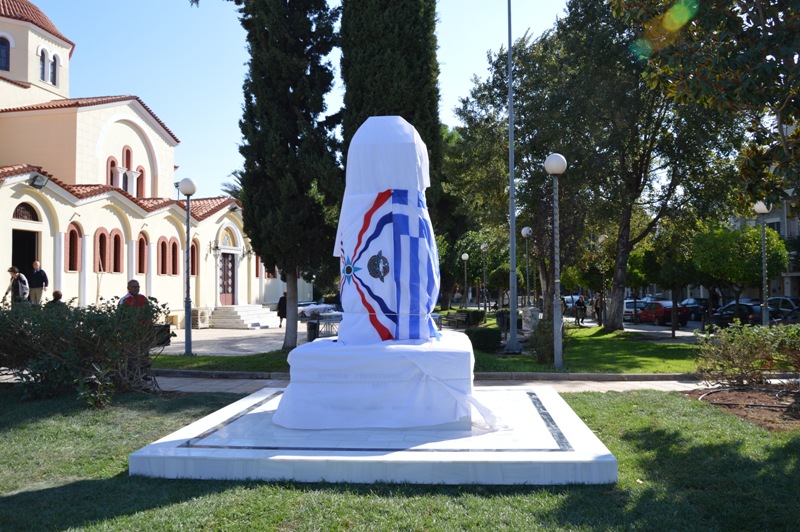 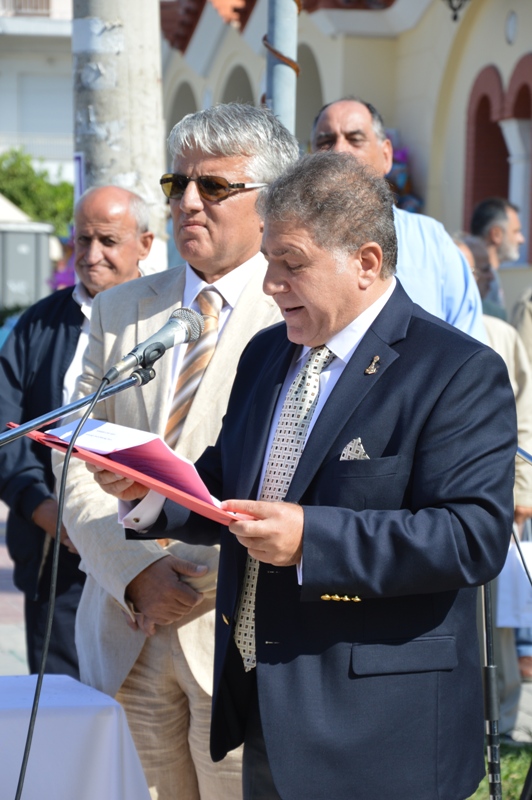 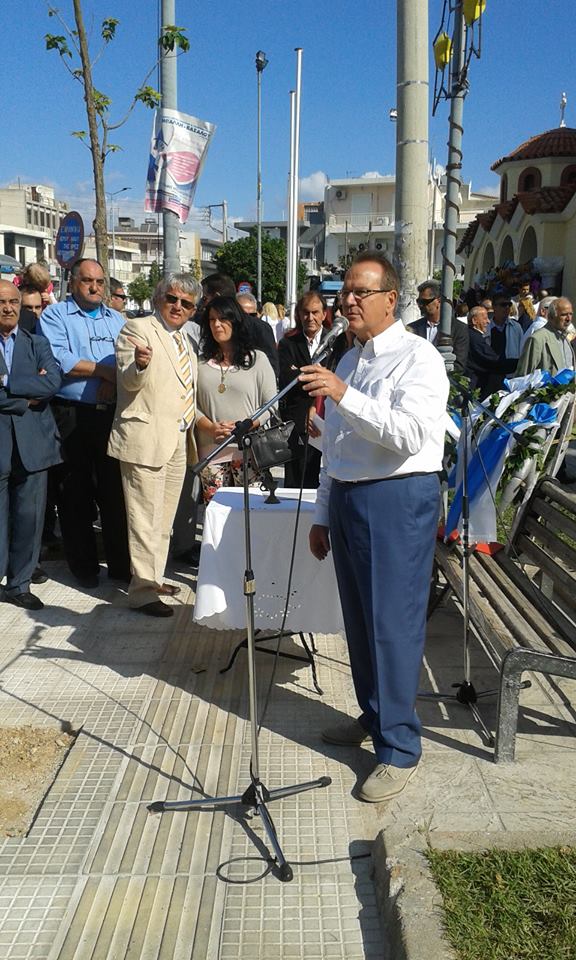 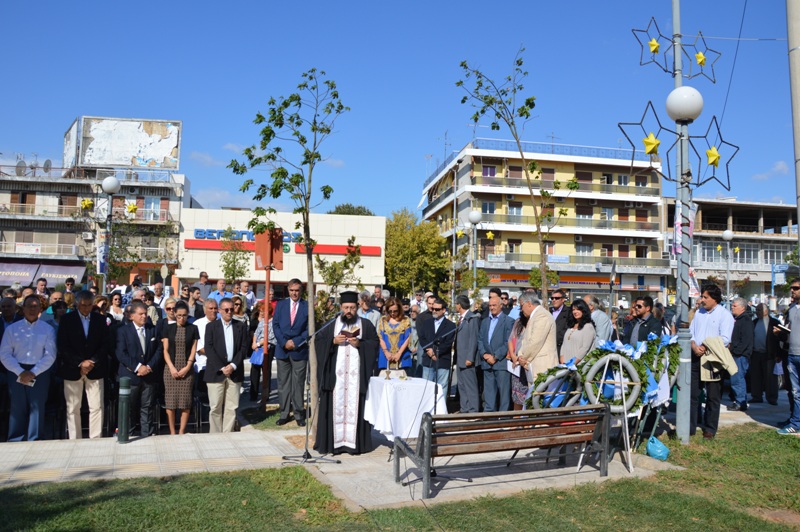 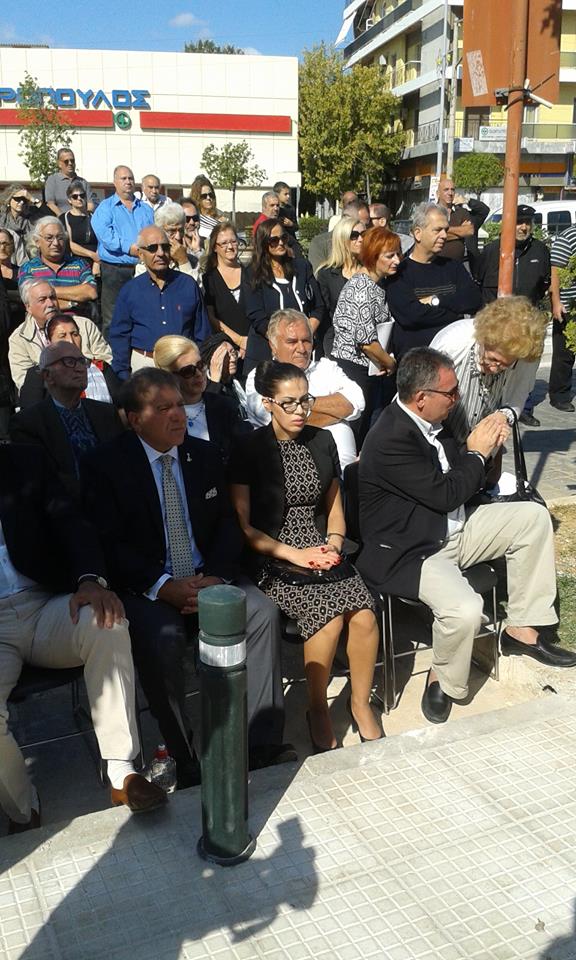