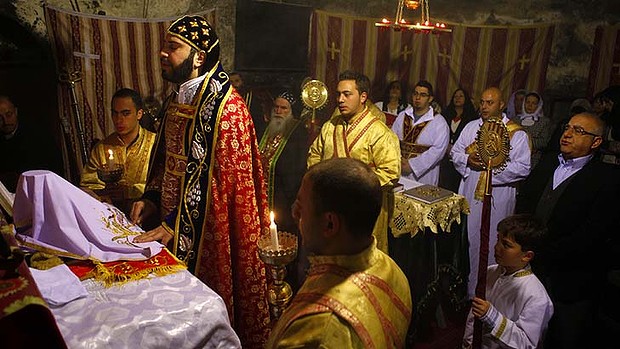 In the lead-up to Easter ancient rituals collide with modern politics, writes Ruth Pollard in Jerusalem.

The wings of an angel curl around his shoulders and the image of a large cross travels down his spine, accompanied by 16 lines of prayer in the ancient script of Aramaic.

The word “Suryoyo“, or Assyrian in Aramaic, is written over his bicep and under that the symbol of an eagle, while around his wrist curve the names of his parents, also written in Aramaic.

Among the younger generation of the tiny Assyrian community that lives in the Old City of Jerusalem, which is made up of just 50 families, tattooing the symbols of their culture and religion is part of what binds them together.