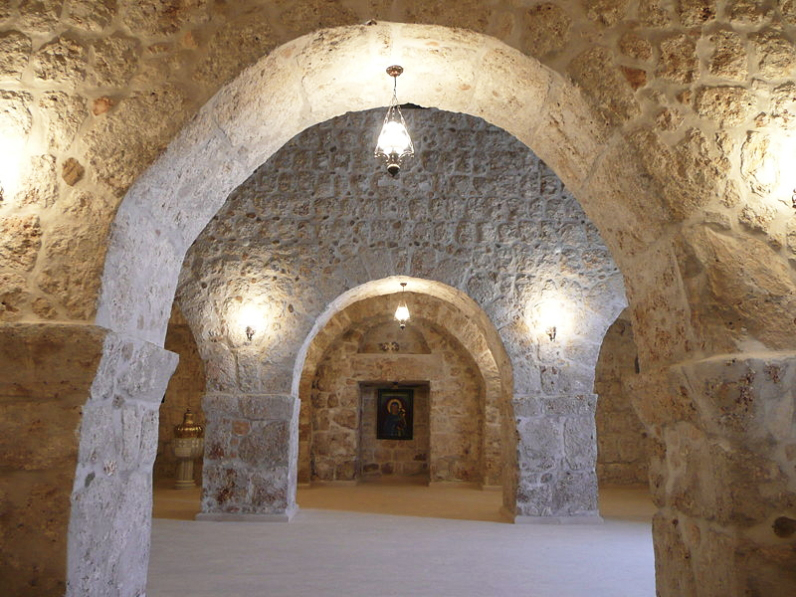 (AINA) -- The final decision of the [Turkish] Supreme Court of Cassation in the legal case of St. Gabriel, ordering it to transfer the lands which the monastery has owned for 14 centuries to the State Treasury marks a major legal scandal. Cynically, it was the same institution which in 1974 ruled against the [non-Muslim] minority foundations in Turkey and has played an important role in intensifying minority problems. The latest ruling, in which the State is designated as the 'land owner' and the 'other' (being St.Gabriel) as the 'occupier' proves that not much has changed in Turkey's policy towards minorities. The court decision sheds light on an important parameter of the process that has been labeled as "democratization."

The confiscation of properties, trusts and estates of non-Muslim minorities by the government or by third parties is one of the darkest pages in the history of the [Turkish] Republic. Even though the Law of Foundations has been subject to various revisions within the framework of EU reforms over the last ten years, due to the nationalistic understanding that aims to preserve the existing status quo, the problems of minority foundations have not received a profound and lasting solution. This is very much related to the hegemonic perception that has been formed historically towards minorities in Turkey. Minorities, as a group in Turkey, have been regarded not only as infidel [Turkish gavur] for many years, but also as groups that foster secret ambitions, who „have stolen the wealth that belonged to us,“ or as „hostile“ and „unreliable“ element within the Turkish nation formation. The deep traces of such institutionalized discourses can be read in the reflexes of the judicial and political authorities in the context of the legal trials of Hrant Dink, St. Gabriel and Publishing House.

Many people have written about the St. Gabriel case and the trial has been well documented (full coverage). But what is striking in this case is that the legal procedure started and concluded to the disadvantage of the monastery during a process which has been hailed as transition towards „democratization“ by many people. Turkish elites have preached continously that „many things have changed in Turkey, and matters are no longer as they were.“ However, the case of the monastery is just another example which proves the opposite.

Unfortunately, while many in Turkey did not know much about Assyrians [known as Süryani in Turkey], they got to learn about them thanks to the St. Gabriel trial. Despite being a non-Muslim minority according to the definition of the Lousanne Treaty, the Assyrians have not received any legal status throughout the history of the Republic. Policies of denial and assimilation have resulted in the loss of cultural identity, excluding them from political participation for decades while institutionalizing their third class status. With the beginning of the EU accession process in Turkey, they started to be remembered and rediscovered afresh as an exotic culture. Within the framework of the rediscovery phenomenon, Assyrians have been converted to a ‚touristic object‘ on one hand, while on the other hand the state presented them as an example of its generous „tolerance.“

The challenges brought to St. Gabriel during the judicial process need to be understood in close relation to the unfair and discriminatory practices Assyrians are facing in Turkey. Beside the fundamental problems of identity and legal status, in recent years efforts have been made to systematically label them with the description of the others and to display them as an elemet of threat. Their monasteries are presented as „missionary centers.“ In history textbooks, approved by the Ministry of Education and used in 10th grade high school classes, Assyrians are portrayed as „traitors“ during World War I (AINA 10-2-2011). Furthermore, Dogan Bekin, a writer of the National Newspaper (Milli Gazete), recently categorized Assyrians as an „Israeli-type group“ which has ambitions to establish a country through land acquisition.

Isn’t it quite strange that even before the ink of Dogan Bekin’s article could dry, the Supreme Court of Cassation signed a decision in that same spirit? In order to understand whether these types of explanations and decisions reflect a state-oriented principal policy towards Assyrians, we need to look at the stance of the AKP [Justice and Development Party] government. It is a fact that under the leadership of the populist AK Party in Turkey some steps were taken on many issues regarding „democratization“ and that the military wardship disappeared, which had existed for decades. However, it is also a fact that there has been no progress in terms of reducing alienation of non-Muslim minorities, particularly in the dominant approach of suspicion towards them. The attitude of the government and the Turkish judiciary system in the context of the lawsuits filed againts the monastery of St. Gabriel are the most important testimony for this.

The recent developments in the case of St. Gabriel remind us directly of the case of Hrant Dink, who was killed in January, 2007. Interestingly, in both cases the Turkish government took shelter under the pretext of „We cannot intervene in the judiciary“ and „the judiciary makes its own independent decisions,“ hence sidelining the issues based on blatant unwillingness to solve the problem.

As pointed out by Professor Baskin Oran, who closely follows the case of St. Gabriel, the party representing the state treasury against the monastery is under the control of the government and is composed of appointed bureaucrats. If the Turkish government wanted to demonstrate a good faith approach, the problems that St. Gabriel monastery has been facing could easily be resolved. But the stance pursued by the Turkish executive powers with regards to this case reveals the existence of deep politics. While the Assyrians on the one hand are being punished with this case, on the other hand homage to a post-modern Turkish supremacy culture is dictated to them.

The punishment part of the job is related to the increasingly institutionalized genocide (Seyfo in Assyrian) recognition activities Assyrians in the Diaspora in recent years. This obviously creates discontent among Turkish ruling elites, a relationship many Assyrian activists have been pointing to. Through this case, the message is conveyed to the Assyrians is „Look, we are becoming a democracy, writing a new constitution. But you as a minority, however, you have to know your boundaries. Stop dealing with issues such as the genocide!“

If the Turkish government is willing to solve the historically shaped problems of minorities in a sincere manner, it needs to start taking positive steps in the aforementioned key cases and should regard improvements in how minorities are perceived as essential work of peace, reconciliation and democratization. Otherwise, everyone has the right to question whether anything has really changed in Turkey.

This article appeared in Turkish on acsatv.com and in a modified version in the Turkish Newspaper Radikal.