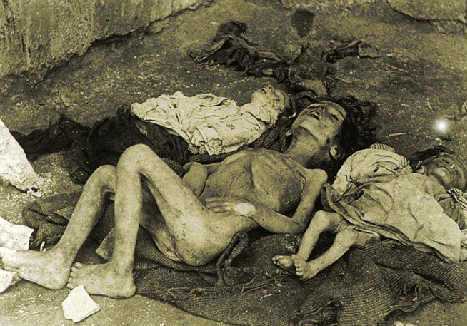 (AINA) -- On March, 19 2012, the Armenian Parliament rejected a proposal tabled by Armenia's Heritage Party to consider a bill recognizing the Assyrian and Greek genocides. The proposal was also supported by the Armenian Revolutionary Federation (Dashnaktsutyun Party) but opposed by the ruling Republican Party of Armenia (RPA).

According to Galust Sahakyan, the head of the RPA parliamentary faction, there was no political need for the adoption of the bill. Speaker of the Armenian Parliament, Samvel Nikoyan (RPA) noted that the rejection of the proposal demonstrated Armenia’s respect for its international partners ‚who have made a lot of effort for the normalization of Turkish-Armenian relations.‘

The motion was supported by 17 Members of Parliament but ultimately was not placed on the parliamentary agenda because of abstentions from all other members, which prevented the quorum necessary to table the motion.

The refusal by the majority of the Armenian Parliament to even place the proposal on the parliamentary agenda has been met with dismay and deep concern by Assyrians, Armenians and Hellenes worldwide.

A clear contradiction is seen in this move considering that the Parliament of Armenia had itself called on other governments to recognize the Assyrian genocide in the past, specifically in a Parliamentary Declaration on the occasion of the 96th anniversary of the Armenian Genocide in 2011, with then National Assembly Speaker of the Republic of Armenia Hovik Abrahamyan declaring that the ‚recognition of the genocides perpetrated against the Armenians, Hellenes and Assyrians‘ by parliaments and legislative bodies throughout the world ‚would lead to the restoration of justice and the prevention of other genocides in the future.‘

Commenting on the decision, Armenian organizations, including the Armenian National Committee of Australia, have ’strongly encouraged every member of the National Assembly of Armenia to vote in favor of a similar motion when it is presented to the Parliament in the future.‘

The breadth of response to this letter from Assyrians, Armenians, Hellenes and others around the world is a testament to the strong feeling amongst victim groups on the matter and the desire of both Assyrians and Hellenes to see this most important recognition by the Republic of Armenia become a reality.

Assyrians, including Seyfo Center Director Sabri Atman, will be in Armenia in April to attend Armenian Genocide commemorations and the unveiling of the first Assyrian genocide monument in Yerevan. During this visit Mr Atman will meet with Armenian political leaders and stress the desire of Assyrians worldwide to see the Republic of Armenia recognize the Assyrian genocide.