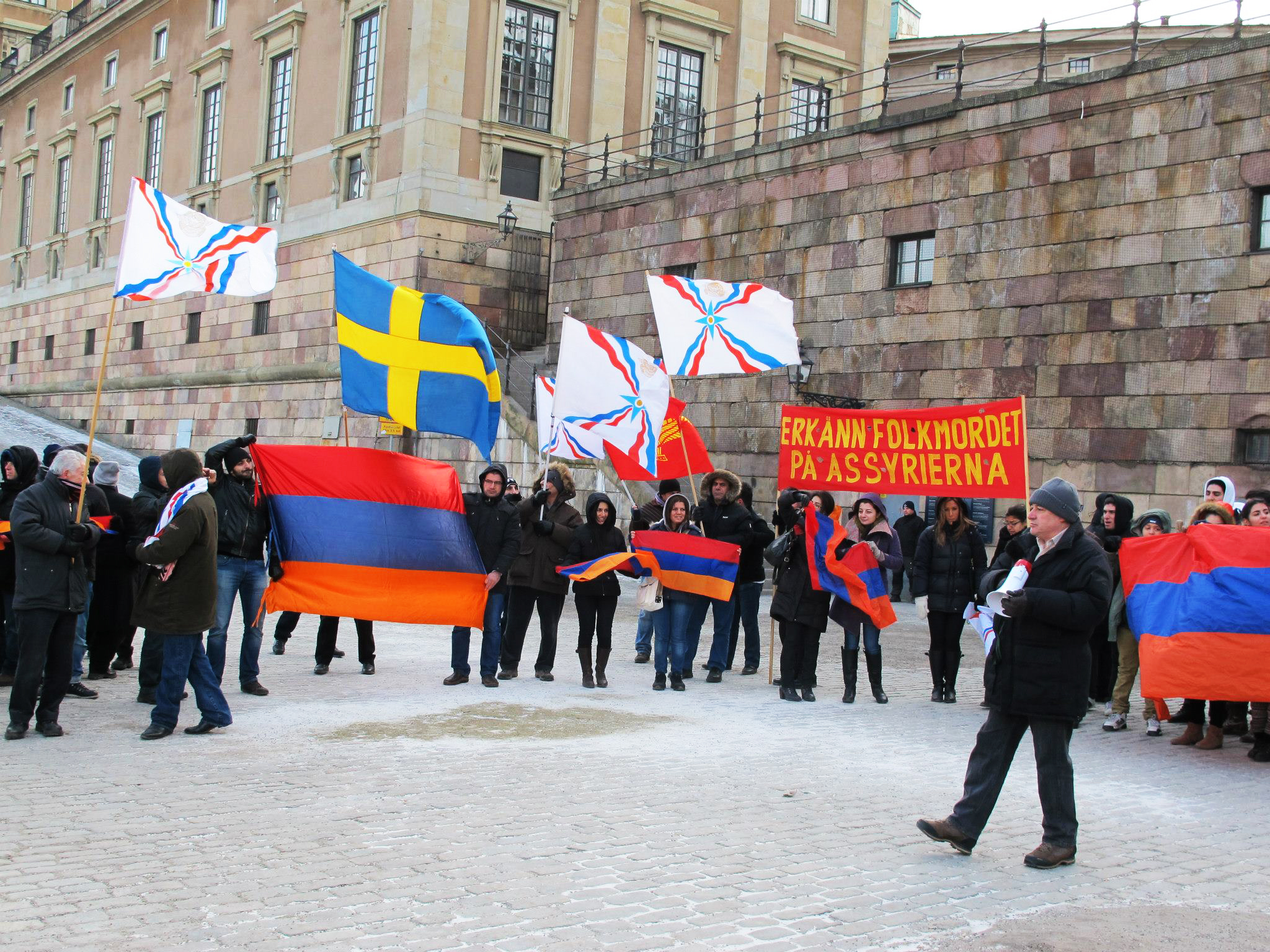 Stockholm (AINA) -- Hundreds of Assyrians and Armenians defied the cold weather in Stockholm on Wednesday morning as they gathered outside parliament to highlight Turkey's denial of genocides committed against them, while Turkish president Abdullah Gül was adressing the Swedish parliament. 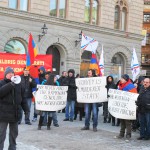 A banner held up by the protesters called on Turkey to recognize the genocides of Assyrians, Armenians and Pontic Greeks in 1915. Swedish TV 4 and Sweden’s main newspapper Dagens Nyheter were among the media who covered the protest.

President Gül also faced tough questions from Swedish-Assyrian MP Yilmaz Kerimo inside parliament, asking him why Assyrians still aren’t recognized as a minority in Turkey and mentioning the case of the Saint Gabriel monastery as an example of lack of respect Turkey has for its Assyrian inhabitants.

For his part Gül pointed to Assyrian orthodox bishop Yusuf Cetin, who has accompanied the presidents delegation during the three day state visit to Sweden, as an example of Turkish good will towards Assyrians. The Assyrian Federation of Sweden has criticized Turkey for using clergymen to portray a false image. 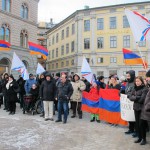 „No one in Sweden will be fooled into thinking that Assyrians are well off in Turkey,“ said Afram Yakoub, president of the Assyrian Federation of Sweden, while addressing Turkish media. „In fact, the decision to bring the bishop reveals only how desperate Turkish leadership is to try to convey the false image of „all is fine with our minorities.“

More than one hundred thousand Assyrians live in Sweden, while only twenty thousand remain in Turkey as a result of lack of ethnic rights and oppression against them. The Swedish parliament became the first national legislative body in the world to recognize the genocide of Assyrians in 2010.