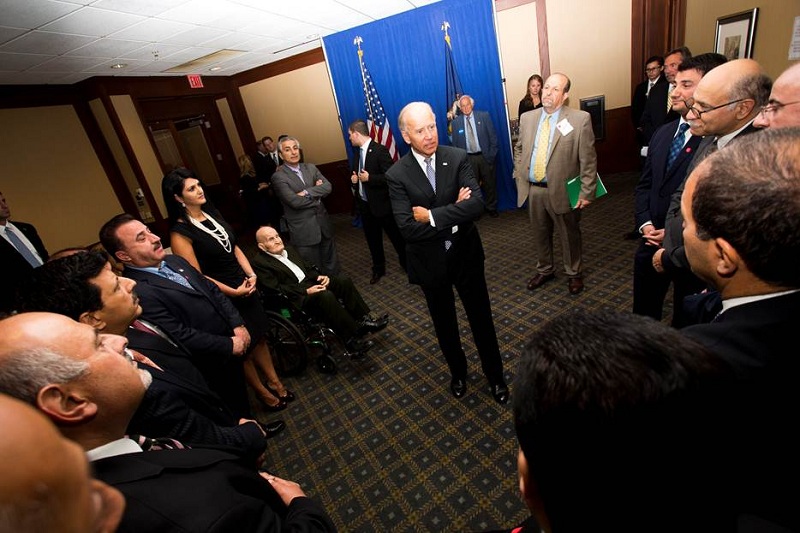 Detroit (AINA) -- United States vice-President Joseph Biden met with members of the Chaldean Assyrian Syriac Council of America (CASCA) on August 22nd. Ismat Karmo, the Chairman of CASCA, as well as members Dave Nona and Joe Kassab discussed the plight of the Assyrians (also known as Chaldeans and Syriacs) in Iraq, and the Obama administration's poor response to the concerns of the Assyrian community.

The vice-President was well prepared, and spoke of his recent visits to Mosul and Nineveh in north Iraq and his meetings with Assyrians there. 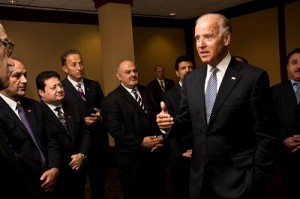 „Half of your people have already left the country and the remaining have little hope there is a future for them,“ said Mr. Biden.

Since 2003 more than 50% of Assyrians have fled Iraq (report), an exodus caused by a low-grade genocide against the Assyrians perpetrated by Kurds, Sunnis and Shiites (report). Iraq’s Assyrian population has decreased from 1.4 million in 2003 to 700,000 today. Most of the Assyrians fled to Syria and Jordan, where they comprise nearly 40% of the refugees, even though they are only 6% of Iraq’s population.

Mr. Biden summarized recent discussions he had Iraq’s Prime Minister Maliki and Nujaifi, a sunni member of parliament, in which he told them „attacks on minorities and Christians will not be tolerated.“ He stated both Maliki and Nujaifi’s views on Democracy are similar, saying „Democracy is welcome [sic] so long as it pertains to their religious sect and does not benefit others.“

Mr. Biden invited Assyrian leaders to Washington and asked for solutions to the problems Assyrians face in Iraq.