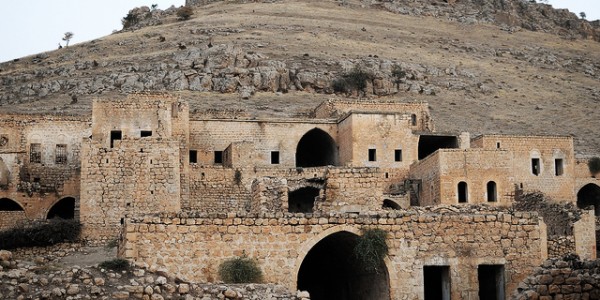 Mardin / NationalTurk - Aziz Demir is one of the many returnees. In 2006, after living in Switzerland for 22 years Aziz Demir and his wife and three children returned to the village of Elbeyendi in the southern Turkish province of Mardin.

Demir, the village headman, calls now on the rest of the Assyrian Diaspora (many of whom live in western countries like the US and Europe) to return home. Demir mentiones that the Assyrian homeland is in the land stretching from western Iran through northern Iraq and Syria to southeastern Turkey. Demir says that the Assyrians have been living in this land for more than thousands of years.

When he and his family first came back to Elbeyendi village Demir states they found that 12 other Assyrian families had returned before his family has. Before those 12 returning families the village of Elbeyendi had been left vacant, almost a ruin, for many years.

In the past years Assyrian villagers, who has come back to home, have repaired much of their community, rebuilding their villa homes with modern plumbing, electricity, television and roads. Village leaders have built an internet café and cafeteria in the center of the village and they have reconstructed their village’s church.

Demir and his wife note they are happy they returned to their village.

Assyrian people have gradually become a minority in their homelands as from 8th century. They are indigenous and have traditionally lived all over what is now Iraq, north east Syria, north west Iran, and Southeastern Turkey. Assyrians are predominantly Christian.

The Assyrian people are an ancient people of the Fertile Crescent who still speak Aramaic language, the lingua franca of the Middle East during Jesus’ era.