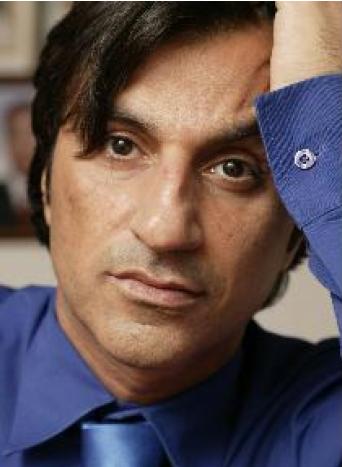 Camilla Thulin, Sweden’s leading stylist, designer and wardrober, has chosen the ten men she considers being the foremost in the country, regarding taste and style. Thulin has previously written the success Stil [Style] for women, and has now followed it up with Karlar med stil [Men with Style], which was released earlier this week.

One of the men in the book is Nuri Kino. In the book he is called “The Star of the Middle East”, and the author has dedicated eight pages to him and his two younger brothers, Amanuel and Markus. Below is an extract from the text about him:

He is Sweden’s maybe most prize rewarded reporter with amongst other things three Guldspaden [Swedens most prestigous journalist prize], an Ikaro prize, a”Golden Palm” from Hollywood in his collection. He has also been chosen Assyrian of the Year in the World, (a people also called Syriacs and Chaldeans), a prize and a heritage he cherishes with pride. This investigating journalist, who fears nothing, has a rumour of being extremely vain and well-dressed. I have heard that he has flapped around the corridors of the radio house wearing a cloak, which hardly is the regular thing. At the Swedish radio house, the dress code is “to work but not be seen” and to be taken really seriously one must be fairly gray and unglamorous. Nuri Kino is deadly serious, but often chocks the journalist society by looking like a film star. A fact which amuses him greatly.

Nuri Kino himself about the book:

At first I was sceptical to being part of something as a book that will be used to “teach Swedish men class and style”. But the author Camilla Thulin is a person who does not give in that easily. We had a lot of fun during the photographing and the interview, and now I feel proud and happy to be part of the book. I’m honoured.

In the book, Nuri Kino tells why he thinks that Assyrians, also called Syriacs and Chaldeans, are so aware of their looks. It is interesting, rewarding and inspiring information.

Karlar med stil [Men with Style] is out in Swedish bookstores since 9 October. The critics predict that it will be the Christmas gift of the year for men.