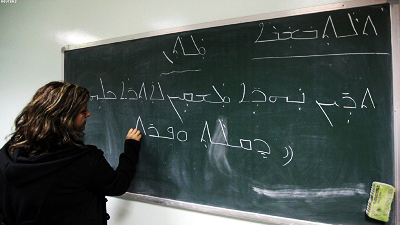 (AINA) -- Assyrians (also known as Chaldeans and Syriacs) have opened their first school in Baghdad in more than 50 years. In 2005 the Iraqi parliament passed legislation to allow minorities to teach their own language in school.

The modern Assyrian language (neo-Syriac or neo-Aramaic) is the native language of the Assyrians and is used by all denominations of Assyrian churches. There are two main dialects, Eastern and Western. The Eastern dialect is prevalent in Iraq, Syria and Iran, while the Western dialect is used in Syria and Turkey.

In the Kurdish areas of north Iraq, Assyrians established elementary and secondary schools beginning ten years ago, with all instruction in Assyrian.

Modern Assyrian is a Semitic language mostly closely related to Hebrew, but is also heavily infused with Akkadian, the language of the Assyrians during the time of their Empire. Aramaic was made the second official language of the Assyrian Empire in 752 B.C., facilitating its spread throughout the Middle East and causing it to become the lingua franca until approximately 750 A.D., when it was supplanted by Arabic (except among Assyrians). 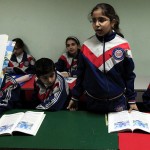 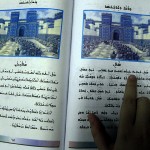 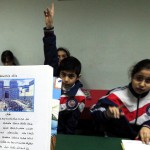 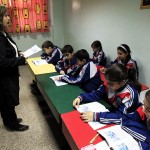