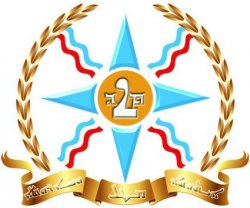 On Wednesday, 30-November-2011, the Syrian Security Forces detained two Assyrians in Aleppo, Mr. Samuel Joseph Sawmeh and Mr. George Abdul-Massih Bahno. They were detained for using their cell phones to shoot videos of the long lines in front of a gas station in the Al-Azizieh Neighborhood in Aleppo. Such scenes exist in all the cities and towns of Syria due to the current oil shortages in Syria, and videos such as these are widespread on Syrian and international TV stations.

Samuel Joseph Sawmeh and George Abdul-Massih Bahno are both in their first year of studies at the University of Aleppo. After being arrested for a day, on Thursday, 1-December-2011, they were transferred to the Criminal Security Branch of Aleppo.

We, in the Assyrian Democratic Organization (ADO), view this arbitrary detention of these two young men as a flagrant violation of human rights. We strongly condemn these heinous practices and we are holding the Syrian authorities fully responsible for any physical or mental harm that may occur to them. The ADO demands their immediate release, as well as the release of all political prisoners in Syria.

Freedom for Samuel, George, and all political prisoners in Syria

Eternal glory to the Martyrs of Syria, and freedom for our people