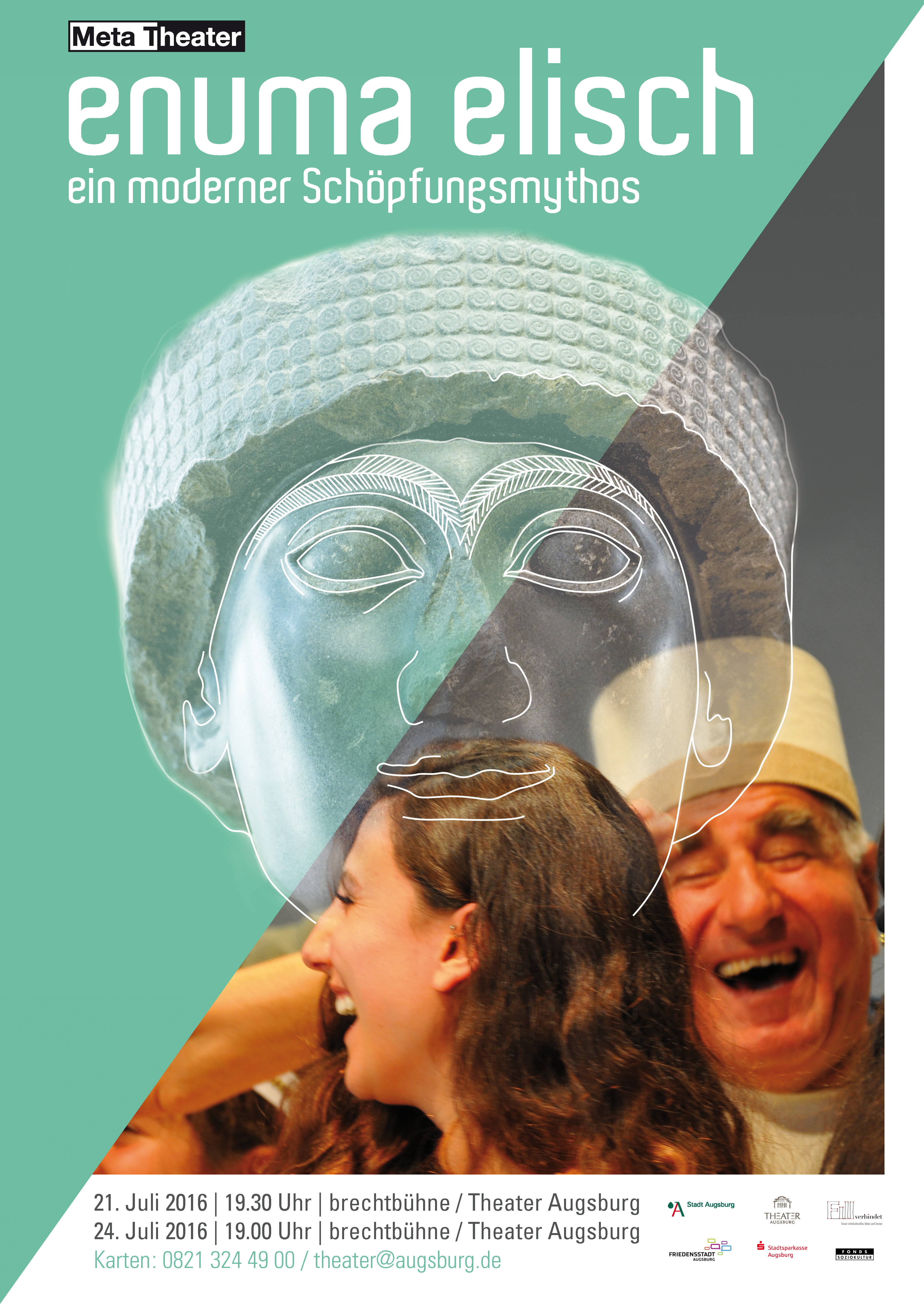 “When in the height heaven was not named; and the earth beneath did not yet bear a name...” [Akkadian: E-nu-ma e-liš la na-bu-ú šá-ma-mu, šap-liš am-ma-tum šu-ma la zak-rat...] With these words the first of seven tablets of Enuma Elish begins, the Assyrian-Babylonian Epos of Creation composed in Akkadian cuneiform script most likely during the Bronze age, to the time of King Hammurabi (1810 - 1750 BC).

The myth is now brought to stage by the theater group of the Assyrian Mesopotamian Association, Augsburg. The performance has been developed in cooperation with the Meta Theater Group, Moosach/Munich, Theater Augsburg, along with support of  the City of Augsburg along with social and cultural initiatives in the City of Augsburg. The play is guided by the well-known director Axel Tangerding, head and founder of the Meta Theater Group. 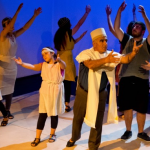 Enuma Elish was premiered on July 9th and 10th at the Meta Theater Moosach, near Munich. According to a recension by Ulrich Pfaffenberger, culture columnist of the German newspaper Süddeutsche Zeitung, the stage was bursting of “playfulness and vitality” as the ensemble celebrated the happy end.

The Epic of Enuma Elish is a key source for understanding the ancient Mesopotamian world view, centered on the supremacy of Marduk and the creation of humankind for the service of the gods. Its original and primary purpose, however, is not an exposition of theology, but the elevation of Marduk, the chief god of Babylon, above other Mesopotamian gods. Enuma Elish was recited on the fourth day of the Babylonian new year Festival Akitu. It portrays the struggle between cosmic order and chaos, depicted as a struggle between Marduk and Tiamat. 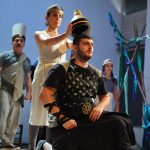 According to Alexander Heidel (Babylonian Genesis: The Story of the Creation, Chicago, University of Chicago Press, 1952), in the beginning, when neither heaven nor earth had names, Apsu, the god of fresh waters, Tiamat, the goddess of the salt oceans, and Mumu, the god of the mist that rises from both of them, were still mingled as one. There were no mountains, there was no pasture land, and not even a reed-marsh could be found to break the surface of the waters.

It was then that Apsu and Tiamat parented two gods and then two more who outgrew the first pair. These further parented gods, until Ea, who was the god of rivers and also Tiamat and Apsu’s great-grandson, was born. Ea was the cleverest of all gods, and with his magic, Ea became the most powerful of the gods, ruling even his forebears. 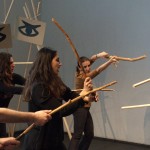 The younger gods disturb Tiamat and Apsu, her husband, decides  to destroy them. After Apsu was killed by Ea, Tiamat created an army of demons, which put the gods in fear and terror. Even the highest gods Ea and Anu fled from the battle with Tiamat. Marduk, son of Ea, offered himself as a savior and become recognized by the gods as king. He finally prepared himself for a fight. He succeeded in taking Tiamat and her entourage captivate and in killing them. From the corpse of Tiamat, Marduk created the universe, including the seats of the gods. Then the other gods brought up the idea to create the humans. 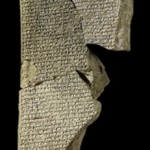 It is not the first time that the theater group of the Assyrian Association dealt with an ancient text. During the 1990s and again in cooperation with the Meta Theater Group they brought to stage two joint productions of Mesopotamian myths: Gilgamesh and Babylon, two cultural events that attracted interest in Bavaria (Germany) and beyond.

The first Assyrian guest workers arrived in Germany more than 50 years ago, mostly originating from the region of Tur Abdin in Southeast Turkey which is part of ancient Northern Mesopotamia. In ethnic clubs, like the Mesopotamian Association in Augsburg, they were able to maintain and develop their traditional culture while integrating well into the German society and culture. Meanwhile, further generations of Assyrians were born, grew up and made their way here and elsewhere in the world. Enuma Elish is brought to stage both by the first and youngest generations of Assyrians from Augsburg.

According to the director Tangerding, the play raises questions such as: „Was everything always good as it was? How much can traditions bind or should they bind? Where is the homeland and where does this feeling comes from?“ The group relates the archaic generational conflict to the current situation of the Assyrian immigrants of the first, second and third generation.

With Enuma Elish, “the theater group of the Mesopotamian Association questions the eternal conflict between young and old with respect to its current resilience”, adds the director. “Where are the boundaries between preserved reverence and lively adaptation, between living tradition and empty ritual?”, says Tangerding. 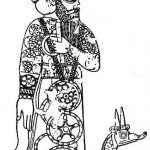 The God parents Apsu and Tiamat argue with their children, and desperately, son Ea kills his father Apsu. The old gods support Tiamat in her fight against their own children, but she finally gets defeated by Marduk, the brave son of Ea. Instead of God’s word, now the word of the young king Marduk has validity. He gives his people the task to build Babylon on and out of its ruins. The director says that „the old play praises the courage to innovate and renew.“

„Celebrate the beginning of our world!“ This is how the play Enuma Elish ends: after struggle and despair new courage blossoms, out of the ruins of the old world a new one arises. The bloody confrontation in the pantheon ends with enthronement of a young god king and the departure to a new era: “Build me Babylon!” requests Marduk. The joy of the fortunate outcome ends in a happy New Year festivity on the stage, which is still celebrated traditionally by the Assyrians all over the world on April 1st.

According to Ulrich Pfaffenberger, “this story takes more than one life. It did begun already before the elders among us were born. It will not come to an end when the youngest among us have died. It is the story of humans and their constant back-and-forth between preservation and change.”

The play is currently scheduled to perform in the following cities: