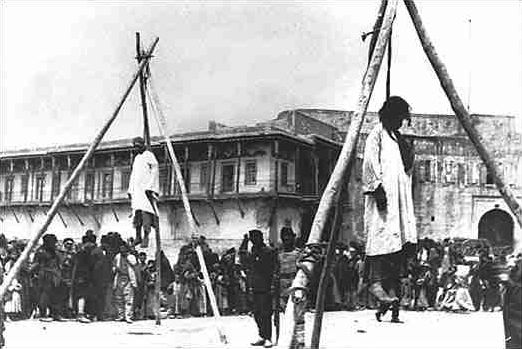 WASHINGTON and ZURICH, June 12, 2012 /PRNewswire-USNewswire/ -- Taner Akcam, Professor of History at Clark University, has urged President Obama and his European allies to encourage "Turkey to acknowledge the Armenian Genocide, and to follow the post-Holocaust example of Germany by making appropriate compensation for lives and property."

Dr. Akcam made this plea last week while contributing to CSI’s spring 2012 conference series on The Future of Religious Minorities in the Middle East. (See www.formime.ch for videos of Akcam’s lectures in English and Turkish.)

Akcam said Turkey’s willingness to recognize the Genocide, in which approximately 1.5 million Christians – mainly Armenians and Assyrians – perished, and to provide compensation, is a litmus test of its fitness to fulfill its aspiration for Great Power status and leadership in shaping the destiny of the Middle East. Turkey’s Foreign Minister Ahmet Davutoglu calls for the „reintegration“ of territories in Syria, Greece, Bulgaria, and Georgia with Turkey – a policy often referred to by political commentators as New Ottomanism. (Davutoglu, „Vision 2023: Turkey’s Foreign Policy Objectives,“ London, November 22, 2011.)

Launching his new book, The Young Turks‘ Crime against Humanity: The Armenian Genocide and Ethnic Cleansing in the Ottoman Empire, (Princeton, 2012), Akcam noted that „under the Islamic law of the Ottoman Empire, Christians were not allowed to become fully equal,“ and that „it was, in fact, impossible for equality to be realized under the Islamic law of the Empire.“ The Turkish Republic, Akcam maintains, has to break decisively from the tradition of Turkish and Islamic supremacism if it is going to gain the confidence of non-Muslim minorities and non-Turkish communities and become a source of regional democratic stability, rather than repression.

Turkey’s Islamist Prime Minister, Recep Tayyib Erdogan, persists in denying the Genocide process, which has reduced the country’s Christian population from approximately 30% in 1914 to less than 1% today. He has furthermore sought to use religion as a last line of defense with the claim that „it is not possible for a Muslim to commit genocide.“

Taner Akcam is the first scholar of Turkish origin to publicly acknowledge the massacres, forced deportations and assimilation of Turkey’s Christians during World War I as Genocide. His latest book, based on the Ottoman Archives in Istanbul, demonstrates that the Genocide was premeditated, planned and executed on orders from the Turkish Government, and aimed at creating „ethno-religious homogenization.“

Dr. John Eibner, the CEO of CSI-USA, observed that Prof. Akcam’s research was „a chilling reminder of the consequences of ethnic and religious supremacism.“ Eibner called on Christians to „join others of good will to stand in solidarity with all endangered religious minorities of the Middle East that face violence from Islamic supremacist governments and movements today.“

CSI has issued a Genocide Warning for endangered religious minorities in the Islamic Middle East, and has called on President Barack Obama to make their survival a priority as the United States responds to the Middle East’s ongoing political turmoil.