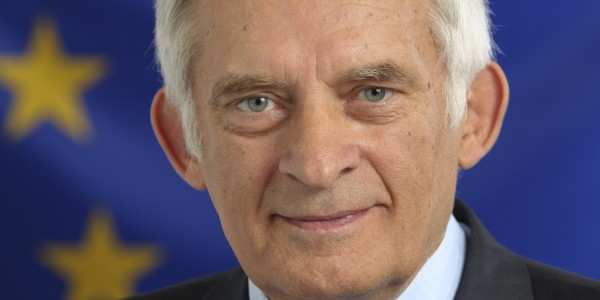 A range of Assyrian organizations have sent an open letter to President of European Parliament Jerzy Buzek and the other members of EP with the request to state their opinion about the persecution of the non-Muslim population – the Assyrians, Armenians and Yezids, on the territory of Iraq since 2003.

“We appeal to you with the request to state your opinion about the persecution of the non-Muslim population – the Assyrians, Armenians and Yezids, on the territory of Iraq since 2003. Another violence has occurred in the north of the country, the so called Kurdistan, on December 2. The disorders and violence lasted 2-3 days. Ethnic cleansing of the non-Muslim population took place with tacit consent of the federal and regional authorities of the country, maybe even with their consent.

On Friday, December 2, after the midday prayer, a crowd of militant fanatics attacked the Christian area Al-Nasara in the Zakho city. Kurdish Islamites set fire to bars, wine-alcohol shop, Barber salons, restaurants and Hotels belonging to Christians, mainly to those owned by Assyrian Community. The mass-media informed that the fundamentalist wrath was unleashed by the sermon of one of the radical imams in the local mosque. Initially the crowd consisted of 50 people, but soon hundreds of thugs joined them.

The information of the local Assyrian Community representatives about the lost control situation was confirmed by official people, including the head of Kurdish regional autonomy, Mr Massoud Barzani. Unfortunately, the vacuum of safety extended to nearby areas of the Assyrian Christians. Pogroms quickly reached the neighboring cities of Simele, Shiyooz and Zawitha Here literally all shops belonging to the Assyrians and Yezids were burnt. The hostile attitude to non-Muslim population rose in the province of Dohuk where, in Nohadra, the building of the Assyrian cultural centre was almost completely destroyed including attacks on few Churches.

We are assured that the International Political Organizations should not be indifferent to the repetition of genocide of the peoples having exposed to extermination in the territory of Turkey at the beginning of the 20th century, and being exposed to genocide in the territory of Iraq at present, at the beginning of the 21st century. The terror continuing the policy of misanthropic genocide and ethnic cleansing of Armenians, Assyrians, Greeks and Yezids, established by the Ottoman authorities continues now, and inactivity of the International Community can be considered as a tacit consent with these events.

The present events show again that the absence of timely recognition and condemnation of the Christian peoples’ Genocide in Turkey, carried out about 100 years ago by the Turkish authorities and Kurdish gangs, indulges new such crimes.

As practice has shown that in modern Iraq those who are guilty of purposeful destruction of Assyrians, Armenians and Yezids, as a rule avoid punishment, we consider it necessary to urge openly the federal and regional government of this country to begin impartial investigation of December’s pogroms and to punish their organizers and executors, as well as all those people in freedom guilty of other numerous crimes against ethnic and confessional minorities of Iraq!

We address to you as to the Authoritative World Organizations, which carry out cooperation principles for international peace and safety, to put forward for discussion the question of the non-Muslim population of the so called Kurdistan, exposed to Genocide and we ask you:

We hope that the World Organizations will not be limited to half measures because your actions can be considered as deliberate delay of solving the situation in order to give the Kurdish and Arab islamites the chance to clean the territory from the non-Muslim autochthons of Iraq.”